A warning for the future. Planet earth, probably correlated to the history of dinosaurs, is endangered to become the source of new type of tyranny, to be spread among the galaxies till 2230. Not the tyranny over the body, not tyranny like that of Hitler's or Stalin's, which earth has beaten them, but more of a tyranny of matter over the souls like of civilizattion of Borgs in the Star Trek. In other words much glad mortal personalities but trapped souls. A technological immitation of the civilizations that are from highly evolved incarnated souls still not advanced souls but only technological immitation with a special type of totalitarianism (like that of Borgs). The tools that they will try to implement would be, debt totalitarianism, voluntary or involuntary consent to total elimination of privacy through nano-bots in the body and plag-in to Artificial Intelligence which would be of superior computational power than that of the brain (still not superior to the immortal soul), DNA manipulation, and clones that remember the same as the prototypes but soulless (or with trapped souls). The "opium" for the consent of people for this might be, sexism, plagin to Artificial Intelligence, Hypocritical repeatitive propaganda, which applies secrecy of the totalitarian plans and secrecy of alliances with known tyrannic civilizations of the galaxy. There is no garantee that earth will escape this fate. But the hundrets of free anti-tyrannic civilizations in the galaxy offer help to earth to escape it. 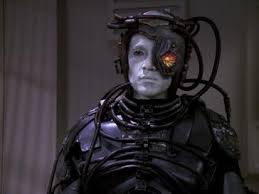 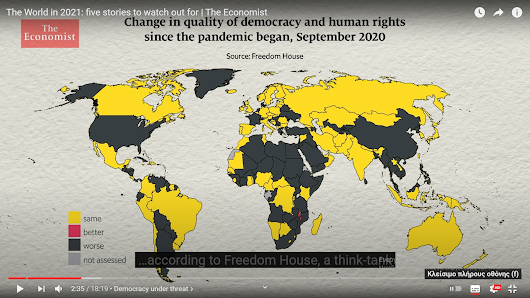